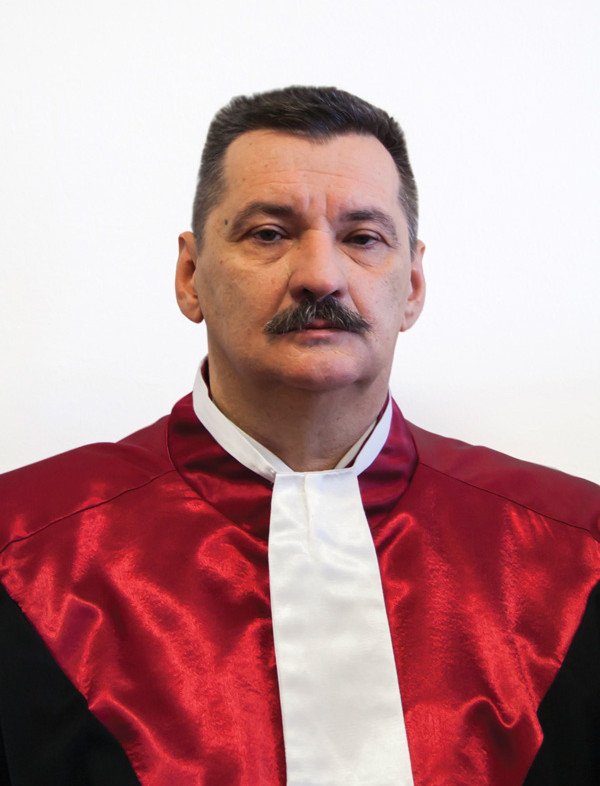 Born in Novi Grad in 1960, where he completed both primary and general-program secondary school. He graduated from the Law Faculty in Belgrade, passing the bar exam in Sarajevo in 1987. After a brief employment with the „Sana“ Company, Novi Grad, he first worked as judicial intern and law clerk at the Basic Court in Novi Grad and then in the Municipal Administration Novi Grad holding various management positions. As of 1991, he worked as an attorney-at-law in private practice and, as of 1996 in a joint attorney office in Novi Grad. He completed a number of professional trainings both in the country and abroad, primarily relating to the field of criminal law and took part in a large number of seminars in the field of judiciary management. He is a long-standing lecturer in organizations such as “OKO” (Criminal Defence Section) of Bosnia and Herzegovina, the OSCE Mission to BiH and the UNDP. The topics he lectured on concern the professional development of attorneys in the field of criminal law with a special emphasis on the war crime cases and guarantees for the protection of human rights and fundamental freedoms provided under the Constitution and European Convention. He was a member of the Commission for Amendments to the Criminal Procedure Code of the Republika Srpska and the Law on Free Legal Aid of Bosnia and Herzegovina. He was a member of the High Judicial and Prosecutorial Council of Bosnia and Herzegovina and the President of the Executive Committee of the Bar Association of the Republika Srpska. He is the recipient of the highest recognition award of the Bar Association of the Republika Srpska. He is the author of a number of papers in the area of criminal law that were published in the professional publications in Bosnia and Herzegovina and region-wide, as well as in Germany, Russia and in other countries, the members of the Council of Europe. In his capacity as a member of the Venice Commission of the Council of Europe since 2013, he has participated in the work of the sub-commissions for judiciary system, fundamental rights and minority rights. From 2015 to 2017, he held the office of the Vice-Chair of the Sub-Commission for Minorities and Minority Rights and since 2017 the office of the Vice-Chair of the Sub-Commission for Constitutional Judiciary. In December 2021, he was elected the Chair of the Sub-Commission on Constitutional Justice and Co-President of the Joint Council on Constitutional Justice. He is a regular Rapporteur in the Venice Commission with respect to the sub-commissions run by him. He is fluent in English and Russian.