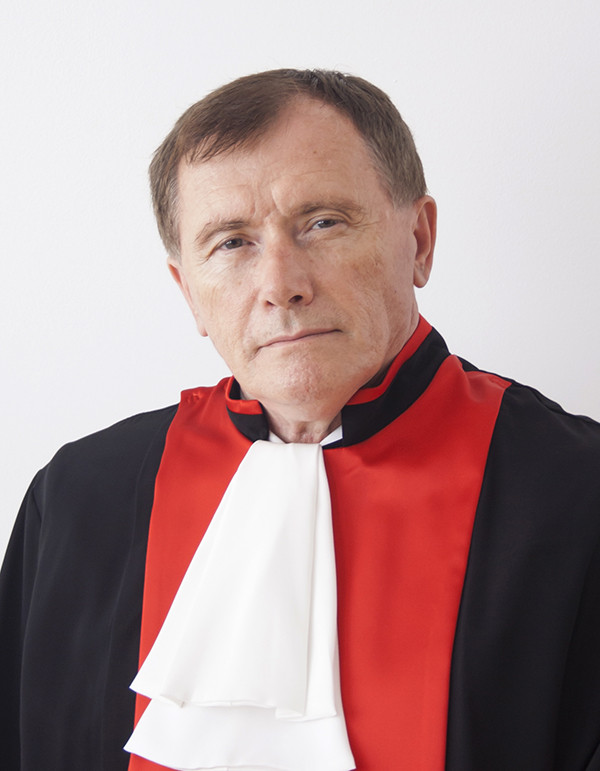 Born in Foča in 1952. He graduated from the Faculty of Law in Novi Sad. He received his master’s degree after completing the postgraduate studies in the Criminal Law in Novi Sad in 1981. He defended his doctor’s thesis at the same Faculty in 1985. After completing his law studies, he worked at the Ministry of Internal Affairs of SRBiH and the Ministry of Judiciary and Administration of the SRBiH. From January 1991 to October 1993, he held the offices of the Vice-President of the Government of SRBiH and the Republic of BiH. He was appointed to the office of Judge of the Constitutional Court of the Republika Srpska in December 1998. He remained in office until May 2003. He is a full professor at the Faculty of Law, University of Banja Luka, Faculty of Law, University of Istočno Sarajevo and Faculty of Law, University of Bihać. He was mentor and a member of several commissions for the defence of master theses and doctoral dissertations. As of 2011, he is an international member of the Russian Academy of Natural Sciences. As of 2012, he is a corresponding member and as of 2018 a full member of the Academy of Sciences and Arts of Bosnia and Herzegovina. As of 2014, he is a full member of the European Academy of Sciences and Arts. He is the Secretary of the Department for Social Sciences, member of the Presidency and President of the Legal Sciences Board of the Department for Social Sciences of the Academy of Sciences and Arts of Bosnia and Herzegovina. He presented over 500 papers to the scientific and professional community. He is an author of 84 books (23 as an author and 61 as a co-author). As a speaker, he participated at over 250 scientific and professional events, in the country and abroad. He also participated in 11 international projects.