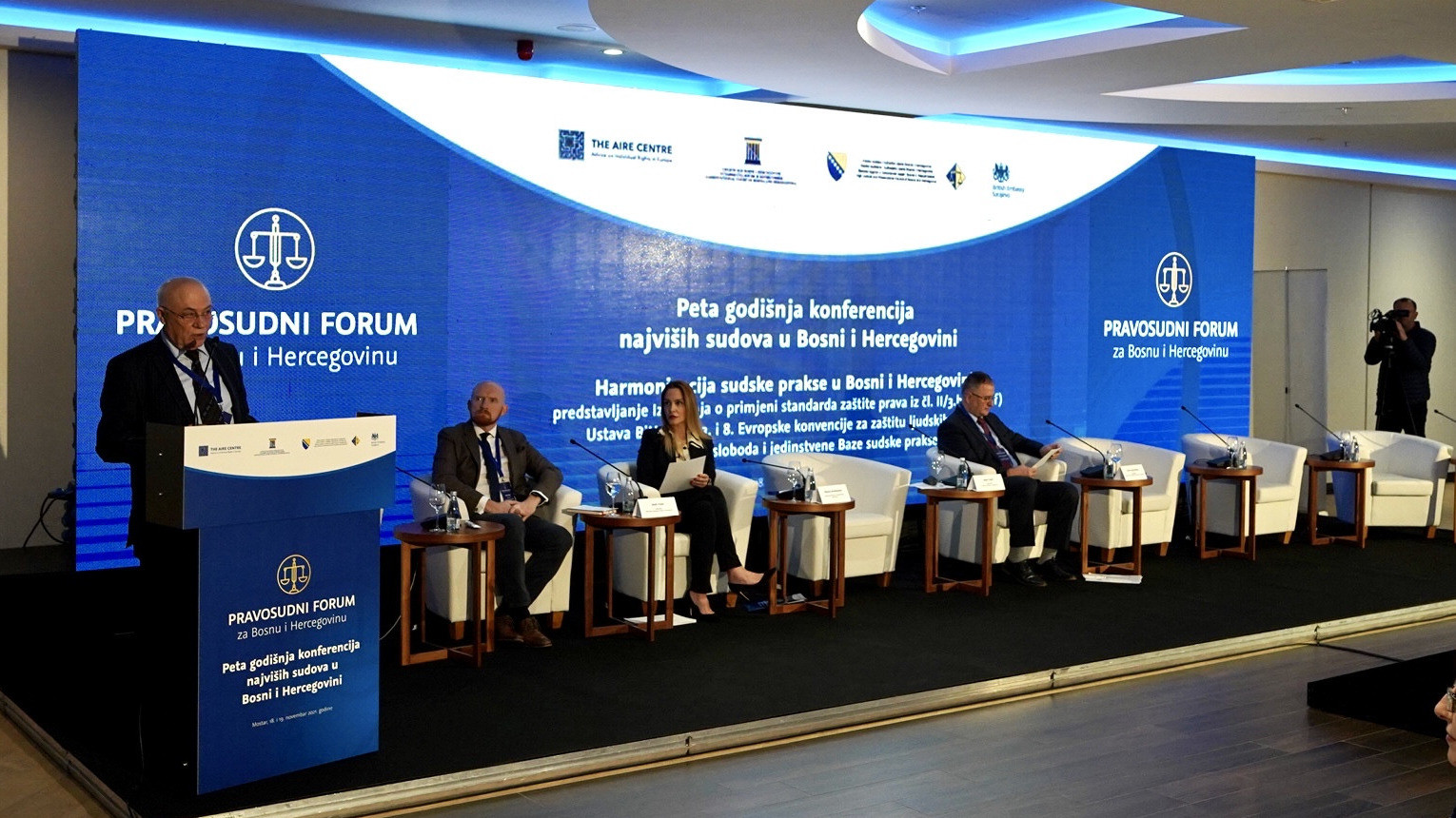 At the opening of the fifth annual conference of the Judicial Forum for Bosnia and Herzegovina (BiH), taking place today and tomorrow in Mostar, the following was stated: “Harmonized case law ensures equality of citizens before the law, legal certainty and a greater degree of human rights protection.”

The Constitutional Court of BiH, the AIRE Centre’s Western Balkans Programme and the High Judicial and Prosecutorial Council of BiH, with the support of the UK Government, have organised a conference entitled: “Harmonization of Case Law in Bosnia and Herzegovina - Presentation of the Report on Implementation of Human Rights Standards under Article II(3)(b) and II(3)(f) of the Constitution of BiH, i.e. Articles 3 and 8 of the European Convention for the Protection of Human Rights and Fundamental Freedoms and of a single case law database.”

At the opening of the conference, it is emphasised that the courts ought to ensure uniform application of the law and that it is therefore necessary to have access to legal positions that the courts will follow and apply when making their decisions. The conference has brought together representatives of the BiH Constitutional Court, the High Judicial and Prosecutorial Council and ordinary courts in BiH.

“Therefore, this is an attempt to point to the case law of the European Court of Human Rights, the Constitutional Court of BiH, and ordinary courts in BiH in this area, and thus to influence the harmonization of case law, and to ensure a greater degree of legal certainty, which automatically means a greater degree of the rule of law and human rights protection,” President Tadić said.

Mr. Halil Lagumdžija, President of the High Judicial and Prosecutorial Council of BiH, has highlighted that that institution, together with the highest courts, undertakes extensive activities in the process of case-law harmonisation.

“These activities relate to collecting court decisions for publication through an electronic database, promoting the importance of using case law through domestic and international forums, holding regular trainings on the use of a case law database, and on the coordination of the meetings of the Case Law Harmonisation Panel,” President Lagumdžija added.

The case law database including more than 2000 sententiae (legal positions) with accompanying decisions of the highest courts in BiH will be presented to the participants during the second day of the conference. The High Judicial and Prosecutorial Council developed the database in cooperation with the AIRE Center, with the support of the UK Government and the European Union.

British Ambassador Matt Field applauded the Forum being held in Mostar and said that it was sending a message to both institutions and citizens throughout BiH that the work of the judiciary is extremely important. Ambassador Field added that the highest courts in BiH, including those at the state level, have a key role in ensuring the equality of all citizens and the core of that process is the harmonization of case law.

„The case law database brings together in one place all relevant parts of domestic case law and thus increases the transparency and efficiency of case management, and strengthens public confidence in the judicial system of BiH. It is important continuously to strengthen and foster constructive dialogue, and the Annual Judicial Forum is an opportunity to do so. The United Kingdom has supported these activities and I am pleased to see that the Forum is becoming an increasingly important event in the judicial calendar. “Ambassador Field stated.

Ambassador Johann Sattler, Head of the Delegation of the European Union to BiH and Special Representative of the European Union to BiH, gave a statement prior to the Forum and stressed the following:  “As outlined in the European Commission 2021 Country Report for Bosnia and Herzegovina, case law in BiH is not consistent and the legal status and effectiveness of the judicial panels for the harmonisation of case law need to be strengthened. Ultimately, Bosnia and Herzegovina needs to establish a judicial body to ensure consistent interpretation of the law and harmonisation of case law across the country. The European Union is assisting judicial authorities through the creation of an online database of court decisions which is open to the public. The roll out of this database will contribute to enhancing the legal certainty and consistency of case law.”

Case law database will be available to users in judiciary as of 1 January 2022.

Ms. Biljana Braithwaite, Western Balkans Program Director, AIRE Centre, stressed that the AIRE Centre implements various activities in cooperation with the highest courts and High Judicial and Prosecutorial Council aimed at strengthening the implementation of the European Convention on Human Rights and Fundamental Freedoms and its standards in Bosnia and Herzegovina.

"Different treatment in individual cases based on same or similar facts leads to legal uncertainty. Judges are obligated to clearly reason their decisions as every individual inconsistency with the established case law may indicate omission by the system, its abuse and disparity in application of law. Therefore, it is necessary to have the case law available to all courts that will adhere to in adopting their decisions,” Director Braithwaite emphasized.

The aim of the Judicial Forum for BiH is to promote the implementation of the European Convention on Human Rights, foster cooperation among the highest courts on the continuous development of the rule of law and human rights and facilitate accession process of Bosnia and Herzegovina to the EU. 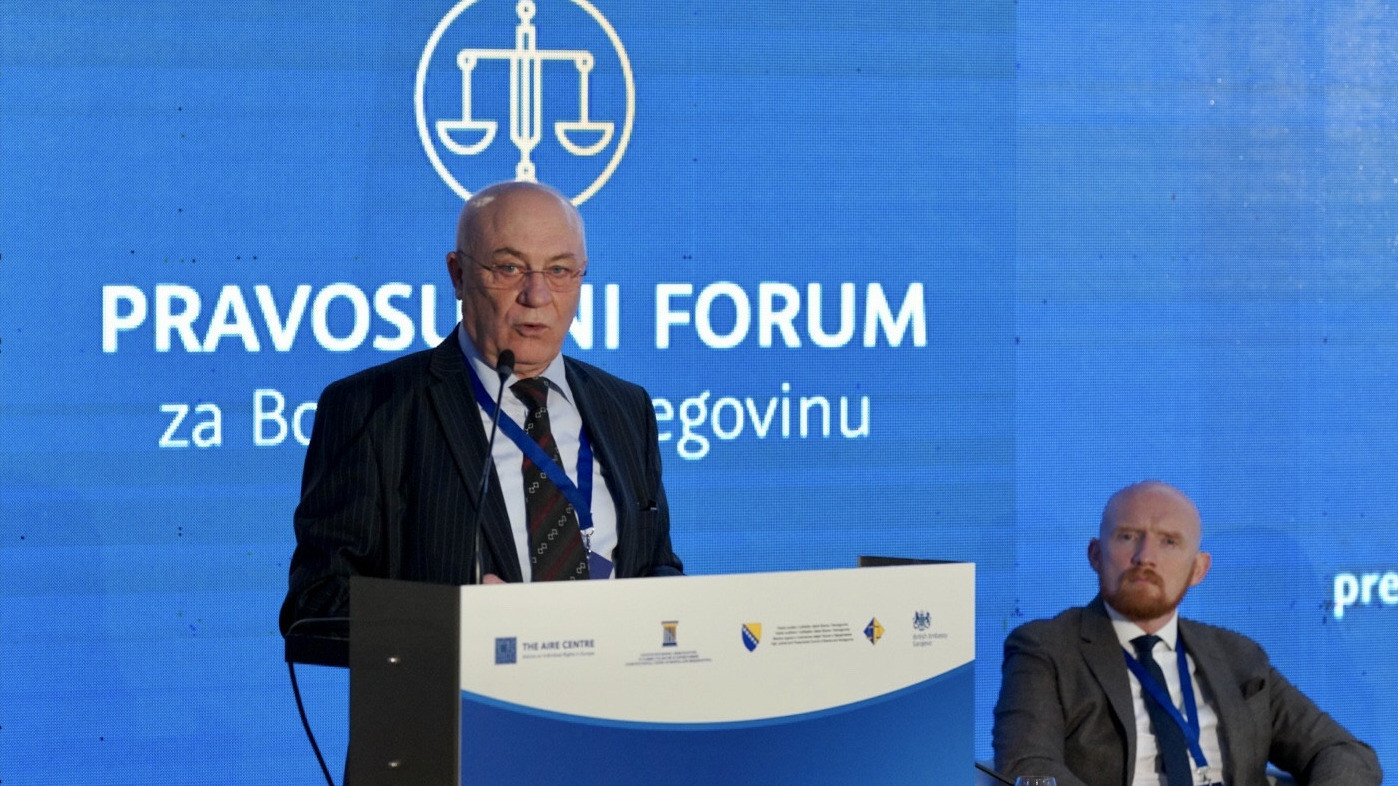 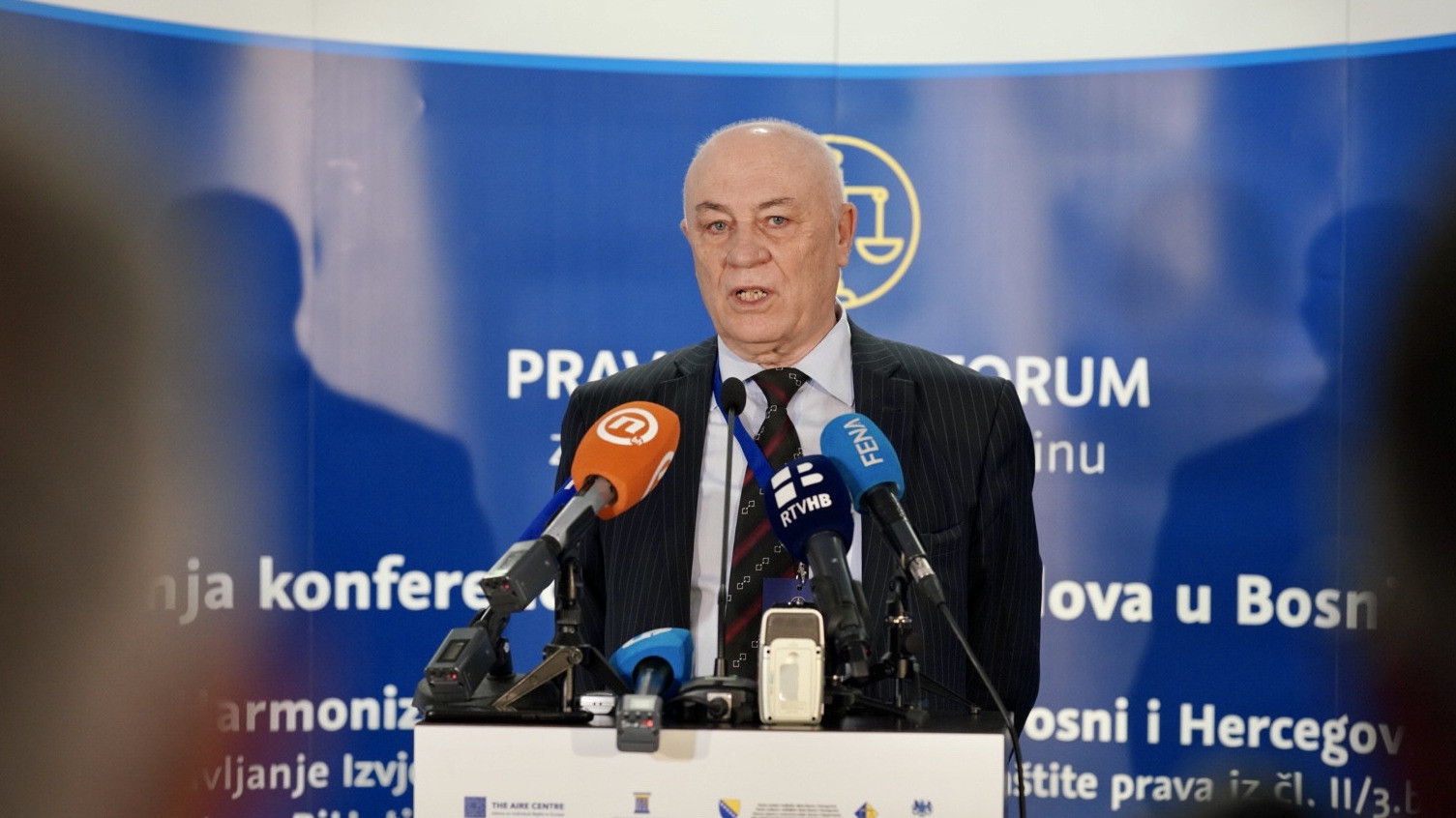 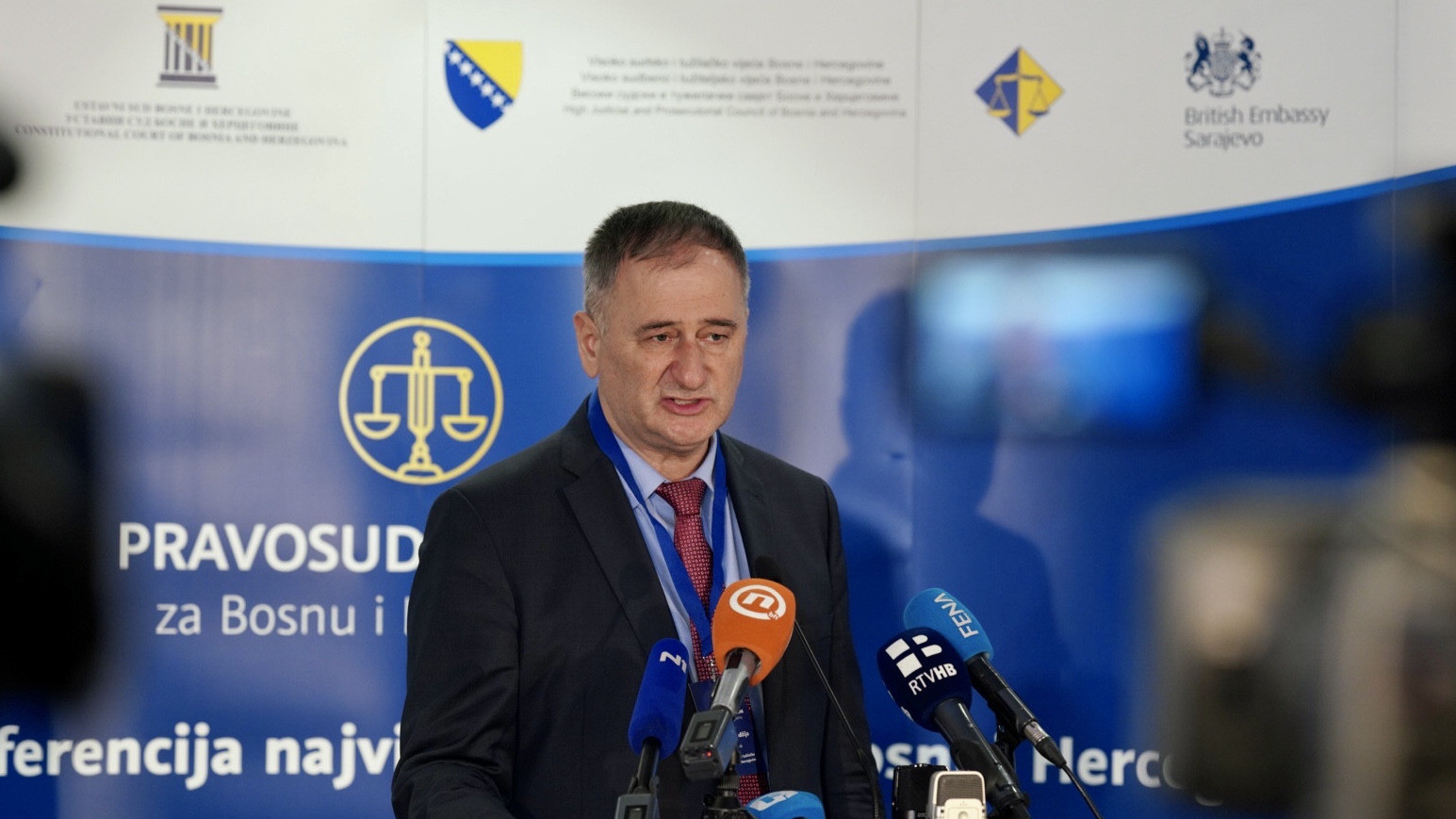 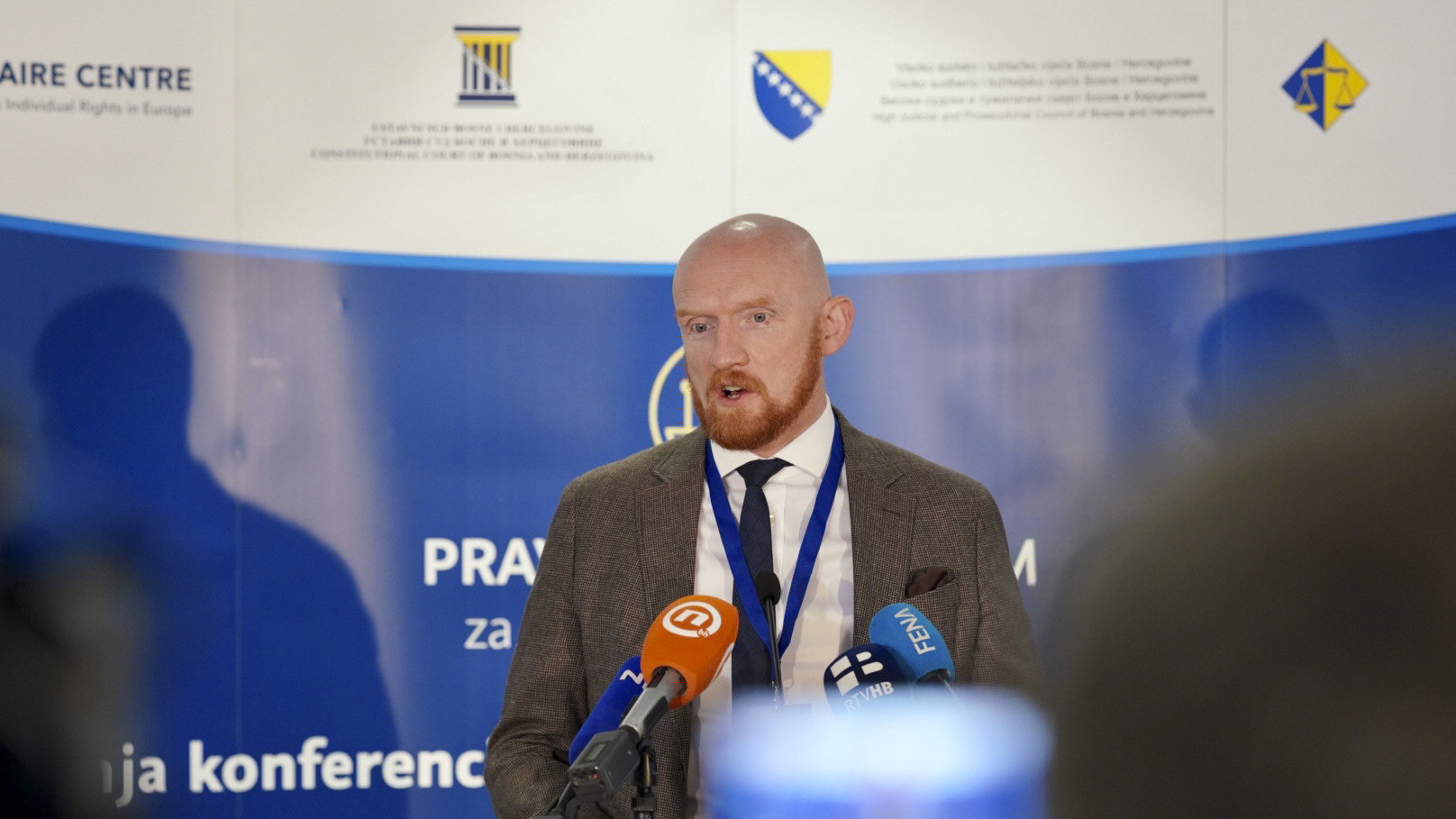 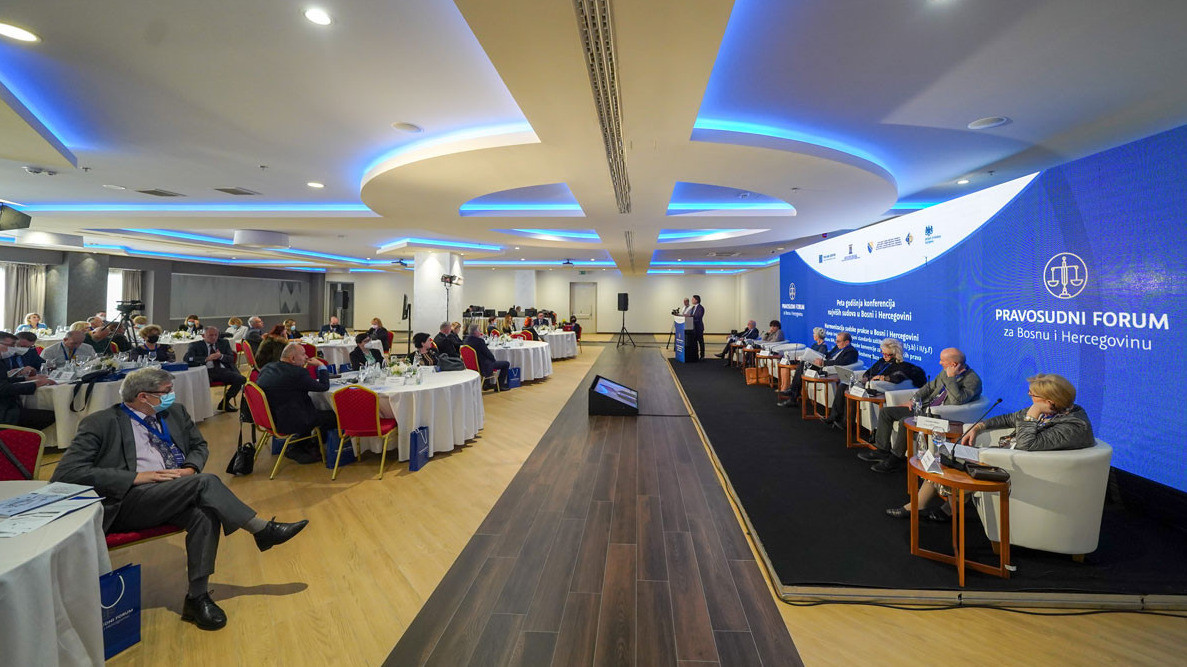 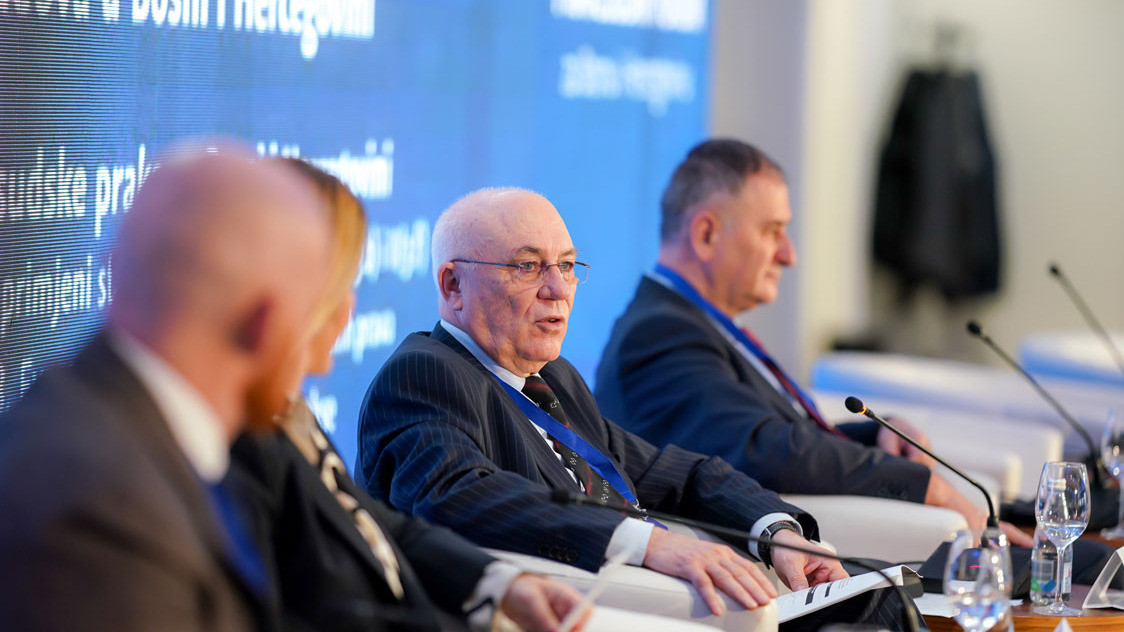 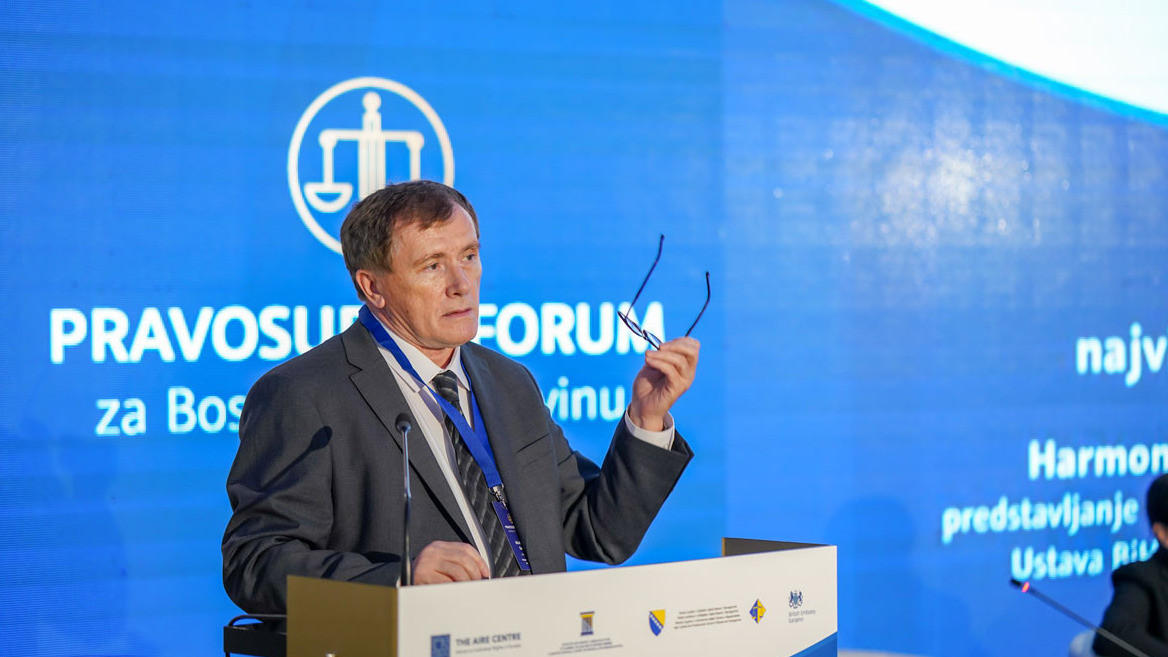 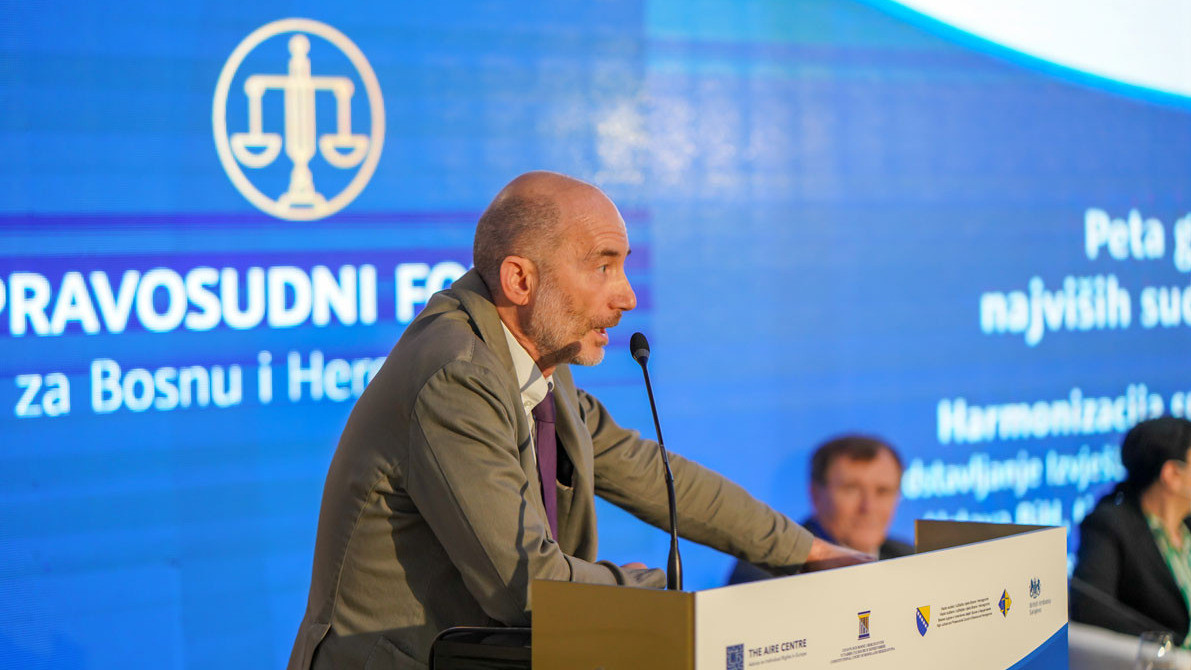