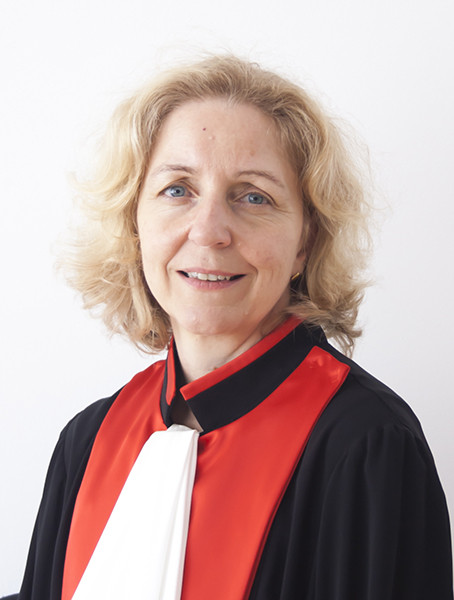 ANGELIKA HELENE ANNA NUSSBERGER
Judge
Born in Munich (Germany) in 1963. She completed the studies in Slavic languages and literature (1987) and studies in law (1989) at the University of Munich. She studied comparative law at Strasbourg University (France) and the University of Coimbra (Portugal). She completed her PhD studies at the University of Würzburg in 1991. She was a Visiting Researcher at Harvard University (1994 to 1995), a Research Fellow at the Max-Planck-Institute for Foreign and International Social Law in Munich (1993 to 2001) and a Legal Adviser at the Council of Europe. She was also holding a position of a Member of the Committee of Experts on the Application of Conventions and Recommendations of the International Labour Organisation (2003 to 2010) and Substitute Member of the Venice Commission (2006 to 2010) and Member of the Pontifical Academy for Social Sciences (2008 to 2010). In 2009, she was Member of the Independent International Fact-Finding Mission on the Conflict in Georgia (IIFFMCG). In 2011, she was elected Judge on behalf of Germany for the European Court of Human Rights. In 2012, she was appointed to the position of the Vice-President of Section V and in 2015, the President of the same Section. She was elected to a position of the Vice-President of the European Court in 2017. As of 2002, she is Full Professor of Law at the University of Cologne where she held a position of the Vice-Rector of the University in 2010. The title of Doctor honoris causa was conferred to her by the State University of Tbilisi (2010), the Academy of Advocacy of Ukraine (2018) and the University of Sibiu, Romania (2019). She was awarded the Schader Prize (2015), the Arthur-Burkhardt Prize (2019), a Honorary Certificate of Japan (2019) and the Officier de la Legion d'honneur (2019). She is a member of the North Rhine-Westphalian Academy of Sciences, Humanities and the Arts, the German member of the Venice Commission, the Vice-President of the Board of Trustees of the Max Planck Institute for Foreign and International Criminal Law, Associate member of the International Academy of Comparative Law and the member of the Association of German Constitutional Law Professors. She is a member of the Board of the German Lawyers’ Association and of the Board of the Institute for Legal Policy.
She took the office of international judge of the Constitutional Court of Bosnia and Herzegovina in June 2020.