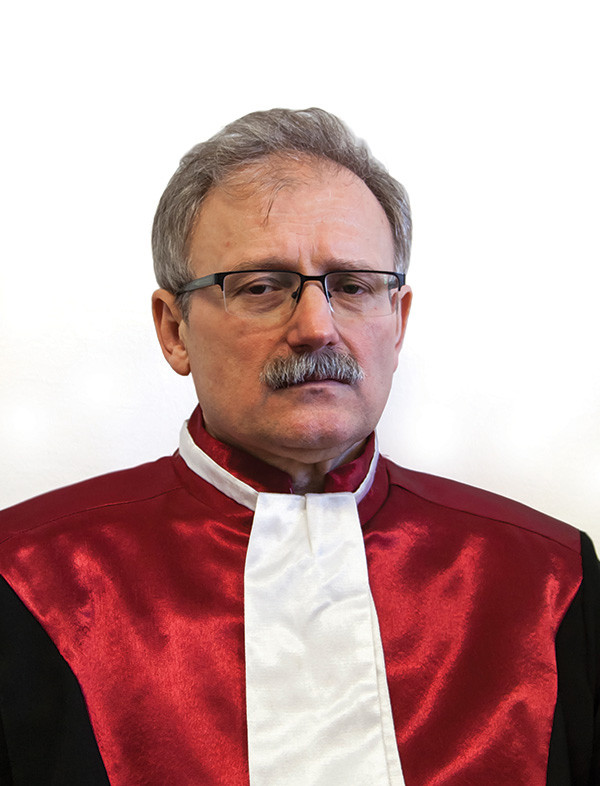 Born in Miljanovci (Tešanj Municipality) in 1955. He graduated from the Faculty of Law in Banja Luka in 1979. He passed the bar exam in Sarajevo in 1998. From 1979 to 1982, he was employed in Tešanj Municipality first as a judicial intern, then as an officer responsible for organizing and promoting the work of administrative bodies and in charge of normative activities. From 1982 to 1990, he was the Head of the Office of Self-Governance and Legal Affairs in “Energoinvest”, “Enker”, Tešanj. From 1991 to 1993, he was the President of the Executive Board of Tešanj Municipality. From 1990 to 2006 he served as a representative in the legislative bodies of Bosnia and Herzegovina (Assembly of S/RBiH, etc.), actively involved in expert/legal working bodies. He was a member of regular or ad hoc commissions dealing with constitutional matters. He has taken part in many conferences on the topic of constitutional issues in Bosnia and Herzegovina. From 2007 until his appointment to the office of Judge of the Constitutional Court of BiH, he practised as a lawyer in Sarajevo. He is also an authorised mediator. He pursued his professional development in the country and abroad in the following subject areas: judicial reform, application of the European Convention for the Protection of Human Rights and Fundamental Freedoms, law drafting, criminal, civil and other proceedings, international humanitarian law, etc. He is a co-author of the Law Drafting Manual as a part of the Judicial Development Project in Bosnia and Herzegovina. He was engaged as a consultant in drafting a number of systemic laws and other regulations. He is a long-standing member of the Committee of Bar Examiners at the level of Bosnia and Herzegovina and examiner in the subject of Constitutional System and Organisation of Judiciary (earlier for the subject of Administrative and Labour Law).