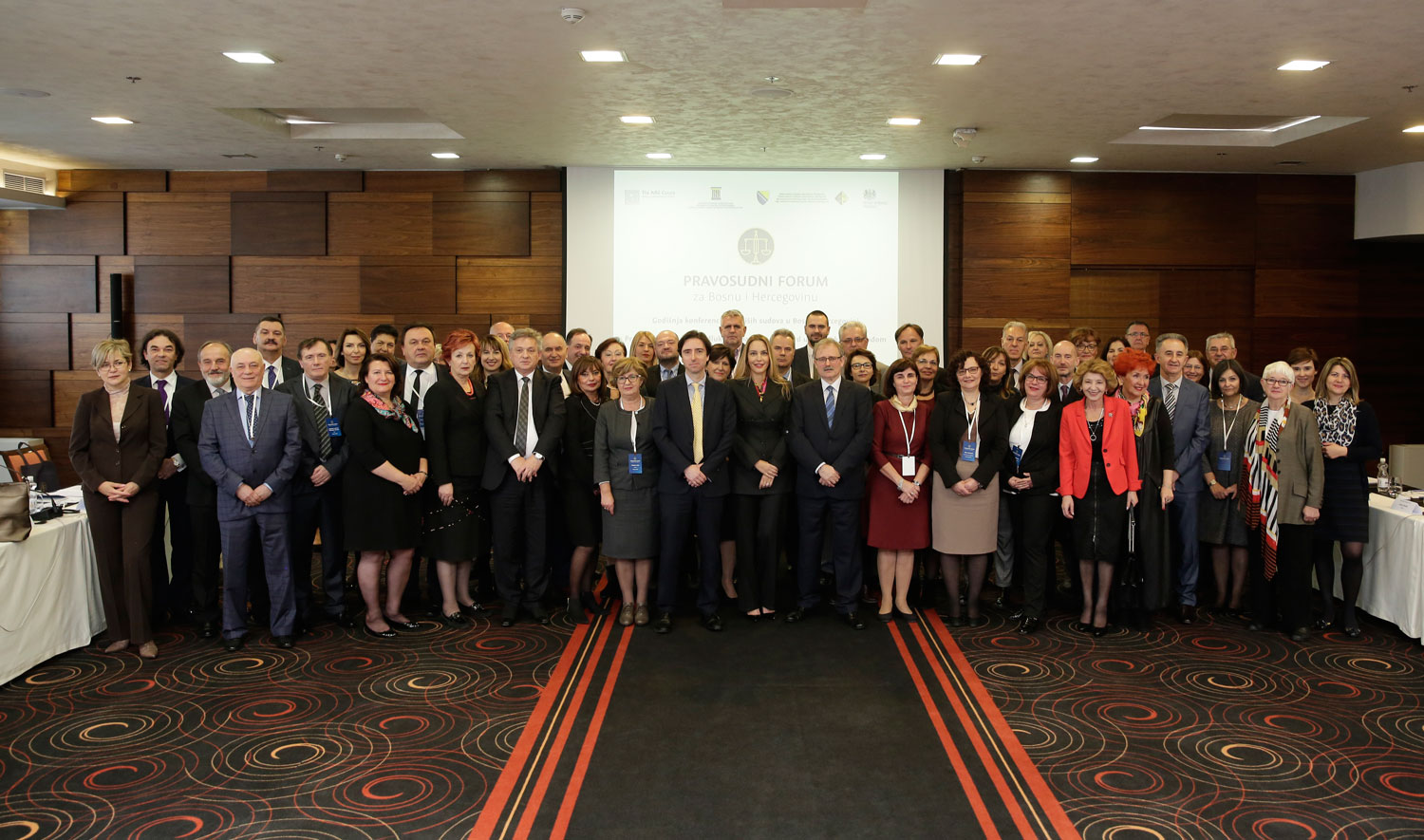 The Conference is being held on 6 and 7 November 2017 at the Hotel Bristol in Sarajevo.

The Conference is focused on the standards of the European Convention for Protection of Human Rights and Fundamental Freedoms in regards to the right to a reasoned decision as the key element of the right to a fair trial. The attendees discussed the case-law of the courts in BiH within the context of these standards aimed at improving the quality of judicial decisions, legal security and protection of rights of the citizens in BiH.

The first annual Conference within the Judicial Forum for BiH was opened by Mr.  Mirsad Ćeman, President of the Constitutional Court of BiH. The attendees were also addressed by Mr. Selim Karamehić, member of the HJCP of BiH, Mr. Matthew Lawson, Deputy Head of Great Britain to Bosnia and Herzegovina and Ms. Biljana Braithwaite, AIRE Centre Western Balkans Program Manager.