Excessive length of judicial proceedings threatens the rule of law 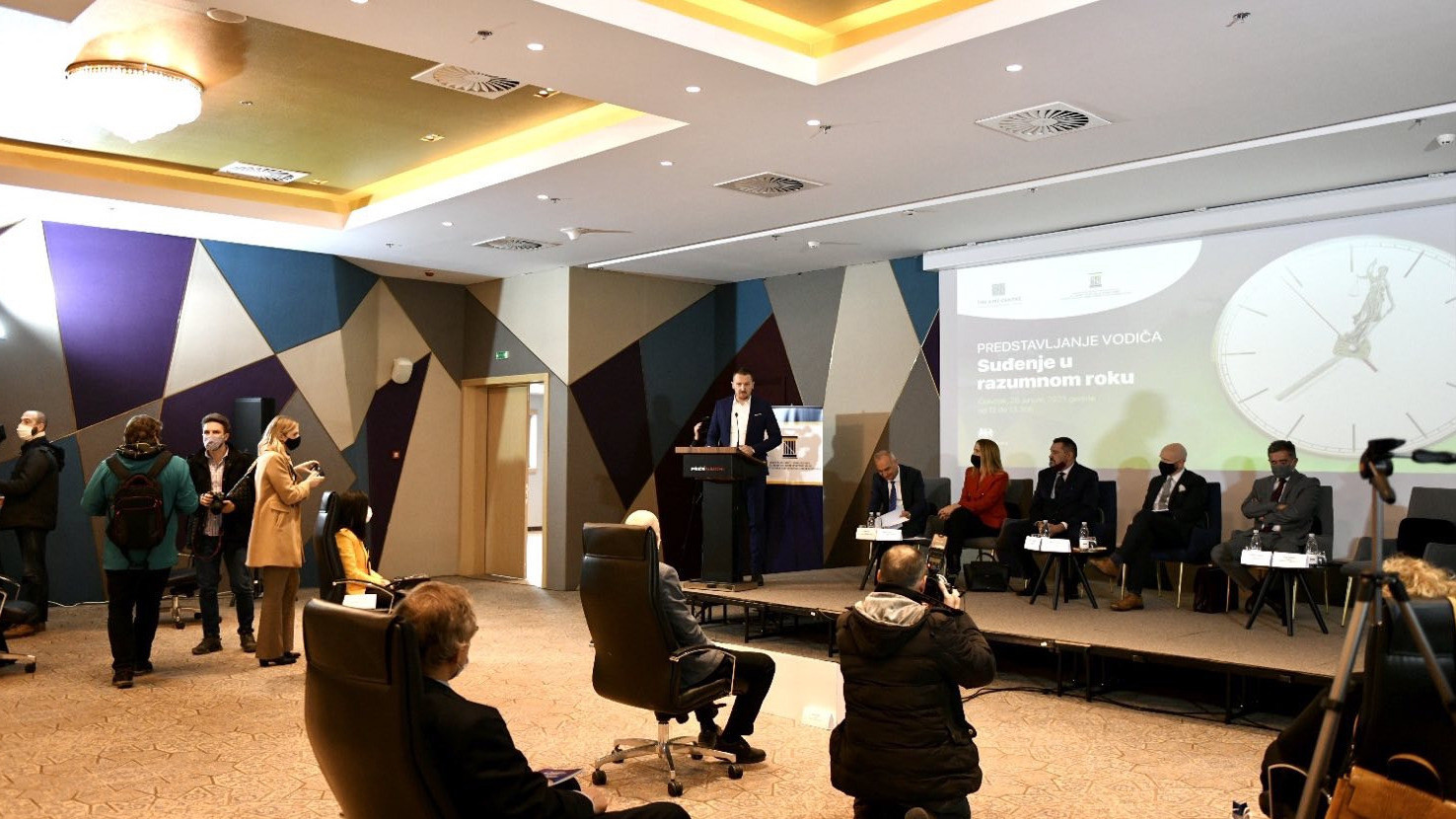 The rights of citizens to fast and efficient justice are violated because of excessive length of judicial proceedings, with one of the key reasons being insufficient and ineffective organisation of the judiciary.

The right to a trial within a “reasonable time” was the topic of today’s event, which was organised by the Constitutional Court of Bosnia and Herzegovina (BiH) and the AIRE Centre Western Balkans Program. The ministers of justice, the representatives of judicial institutions and of the centres for judicial and prosecutorial training were presented a Guidebook – Trial within a reasonable time, which carries the analysis of the application of this right and the situation in BiH.

In his address, Mr. Zlatko M. Knežević, President of the Constitutional Court of BiH, emphasised that the right to a trial within a “reasonable time” constitutes, at the same time, an obligation of the public authority to provide for the citizens the realization of the request for an intervention of a judicial authority.

“Therefore, the Constitutional Court and the AIRE Centre published, through joint efforts, this Guidebook as a clear proof about how much one has to and ought to be mindful in judicial proceedings of the right to a trial within a reasonable time, as well as about the current situation in Bosnia and Herzegovina. At the same time, the contents of the Guidebook make possible for it to be used by the professional community during their everyday work and, to stress, in new circumstances, where laws on the protection of a trial within a reasonable time have either been passed or are about to be passed, as a review of standards to be used when assessing whether conditions referred to in these laws have been satisfied,” President Knežević said.

The right to a trial within a “reasonable time” is the right to fast, efficient and “fair” justice and is guaranteed by the European Convention on Human Rights. Lengthy proceedings before the courts in BiH lead to systemic violations of the rights of citizens, which occur most frequently because of shortcomings in the organisation of the judiciary.

Excessive length of proceedings leads also to the increase in the number of cases before courts, while the authorities spend a substantial portion of the public money on paying damages to parties who have been waiting for a prolonged period of time for the resolution of disputes.

The Guidebook elaborates on what the right to a trial within a “reasonable time” is, what proceedings it is applicable to, the applicable time limits, criteria, legal remedies and whether it entails a right to monetary compensation and what the amount of it is. The publication contains a substantial number of the decisions of the Constitutional Court of BiH, which contain the application of the European Convention and of the case law of the Court in Strasbourg. The Guidebook was prepared as part of the Project: “Increase BiH judicial capacity to harmonise domestic case law and align it with European legal standards” which is supported by the British Embassy in Sarajevo.

Mr. Matthew Field, British Ambassador to BiH, emphasised that ensuring a trial within a “reasonable time” is a continuous challenge for all European countries, including the judiciary in BiH.

“The COVID-19 pandemic is an additional challenge because of protective measures, which affect the length of judicial proceedings. Therefore, the judges in BiH have a difficult task before them – to render decisions within a reasonable time. However, the fulfilment of that task strengthens the efficiency of the judiciary in BiH. I hope that the Guidebook and the recommendations thereof will encourage everyone in the profession to contribute to the protection of the right to a trial within a ‘reasonable time’. In that way the possible disproportion between the guaranteed rights and the situation in practice will be removed,” Ambassador Field said.

Ms. Biljana Braithwaite, the AIRE Centre Western Balkans Program Director, pointed out that the respect for the right to a trial within a “reasonable time” is in the interest of citizens, the State, as well as of the European Court of Human Rights. The violation of this right has irreparable consequences for citizens, for “justice delayed is injustice”.

“The respect for this right is also in the interest of the State of Bosnia and Herzegovina, which has avoided creating a poor image about the protection of human rights. And, finally, it is also in the interest of the very Court in Strasbourg, which has been struggling with a large number of pending cases, which number would have been lower if the application of the provisions of the European Convention and of the judgments of the Court in Strasbourg had been more effective in the member states,” Director Braithwaite stated.

The Guidebook is intended for judges, prosecutors, attorneys at law, attorneys general and academic researchers, as well as for journalists and nongovernmental organisations following the work of the judicial system. The publication is a part of broad activities which the AIRE Centre has been carrying out in BiH, including the following: the establishment of a database of judicial decisions of the highest courts under the auspices of the High Judicial and Prosecutorial Council, the annual forum of the highest courts in BiH, the cooperation with the centres for judicial and prosecutorial training, and the preparation of different publications and reports. 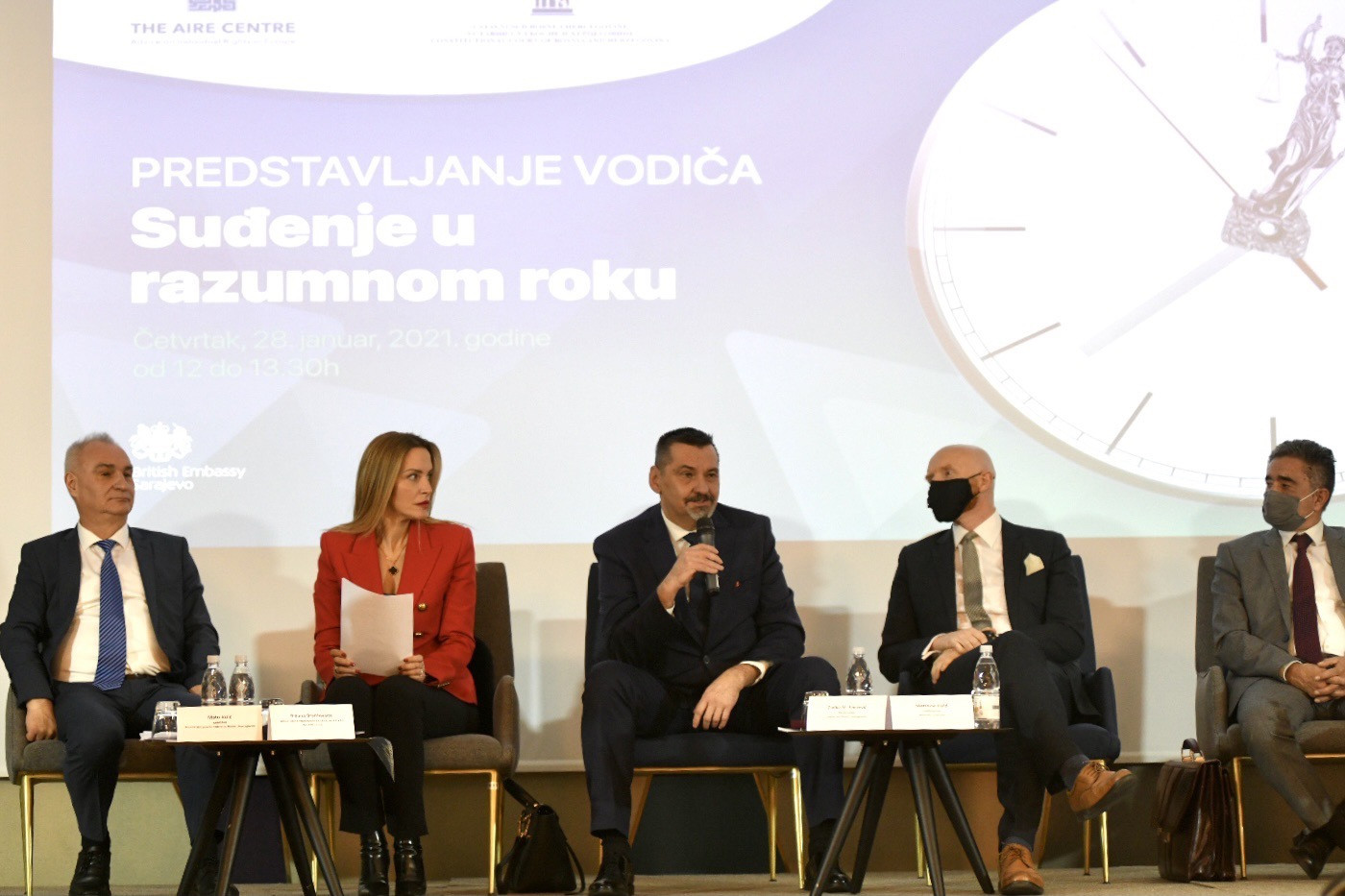 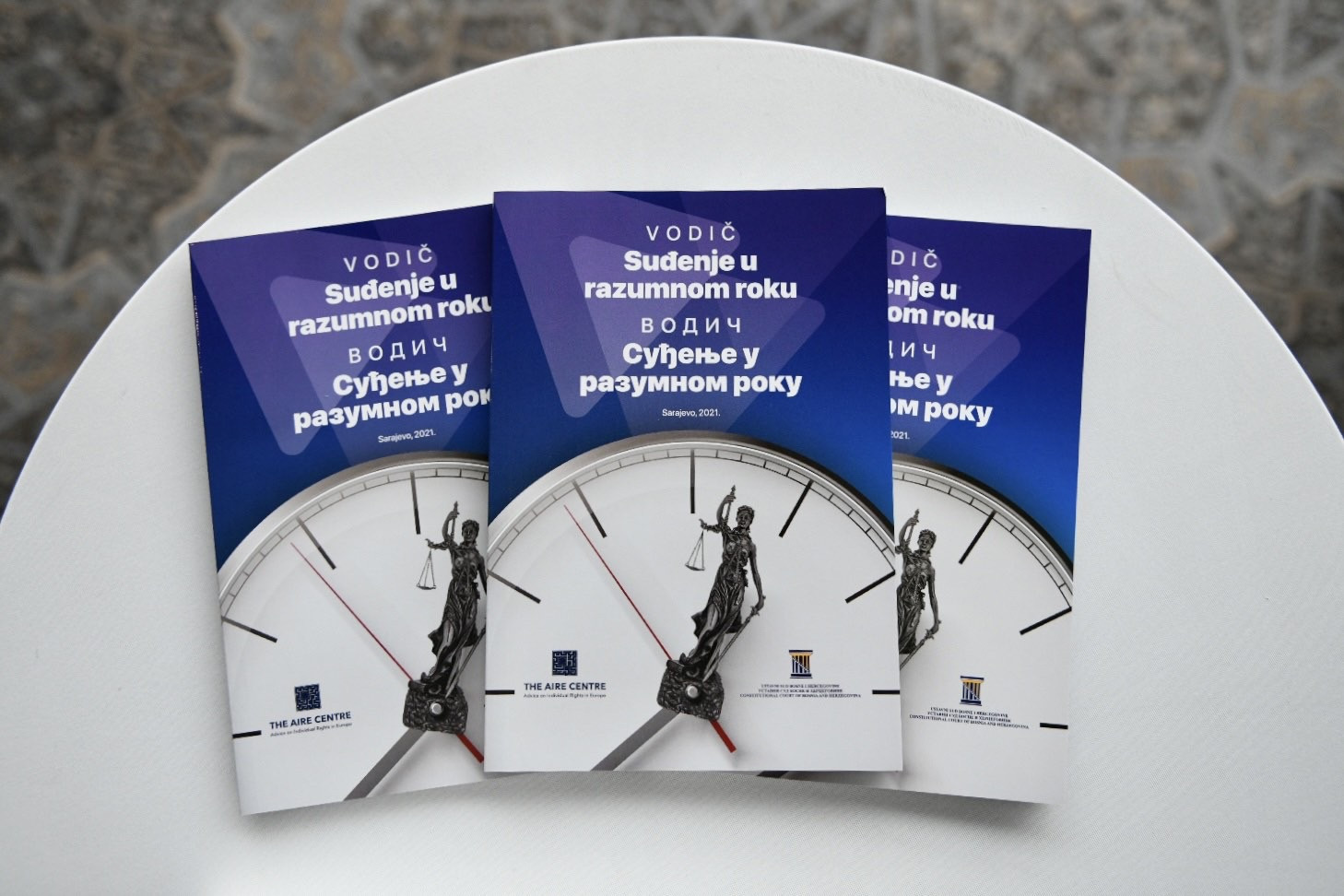 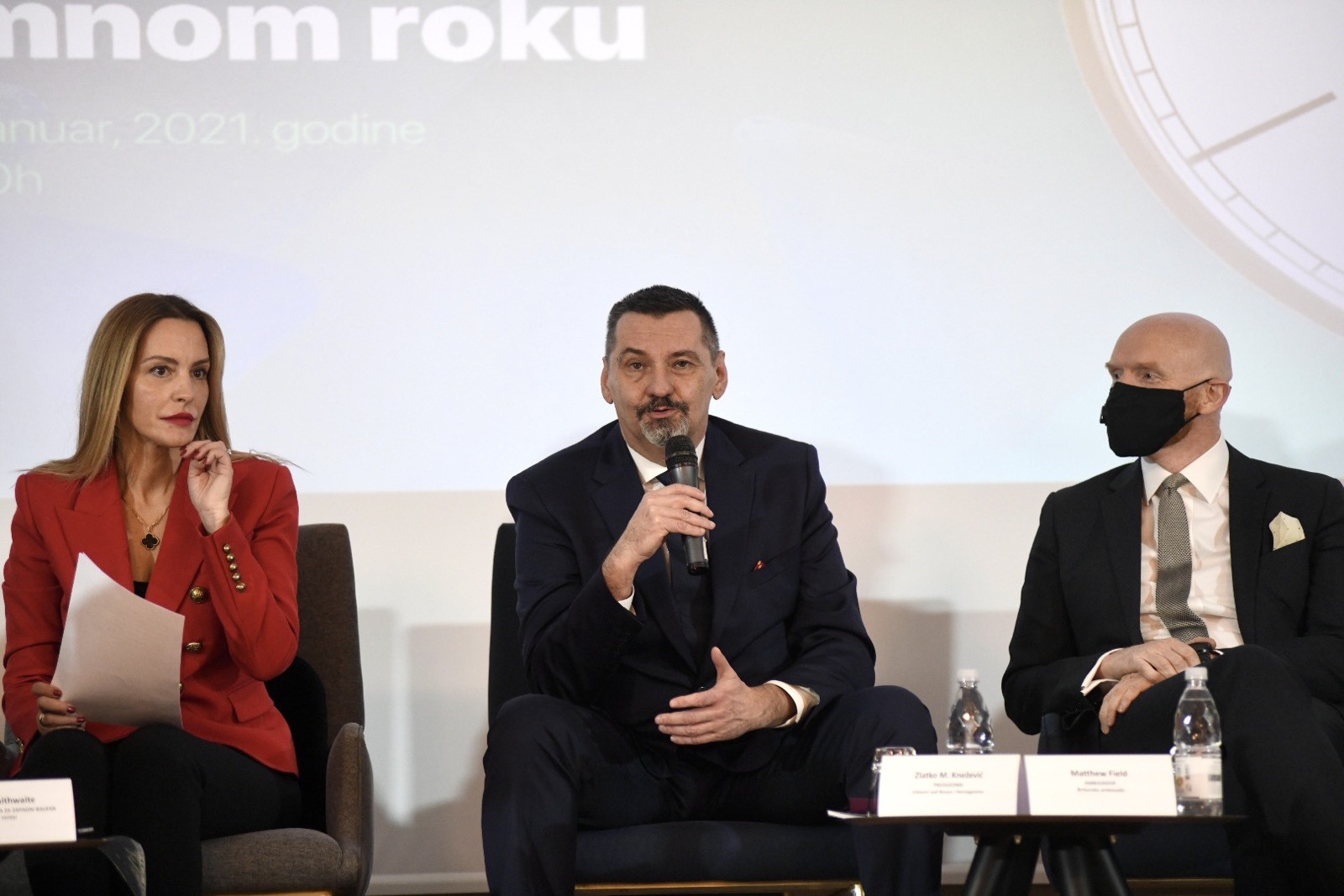 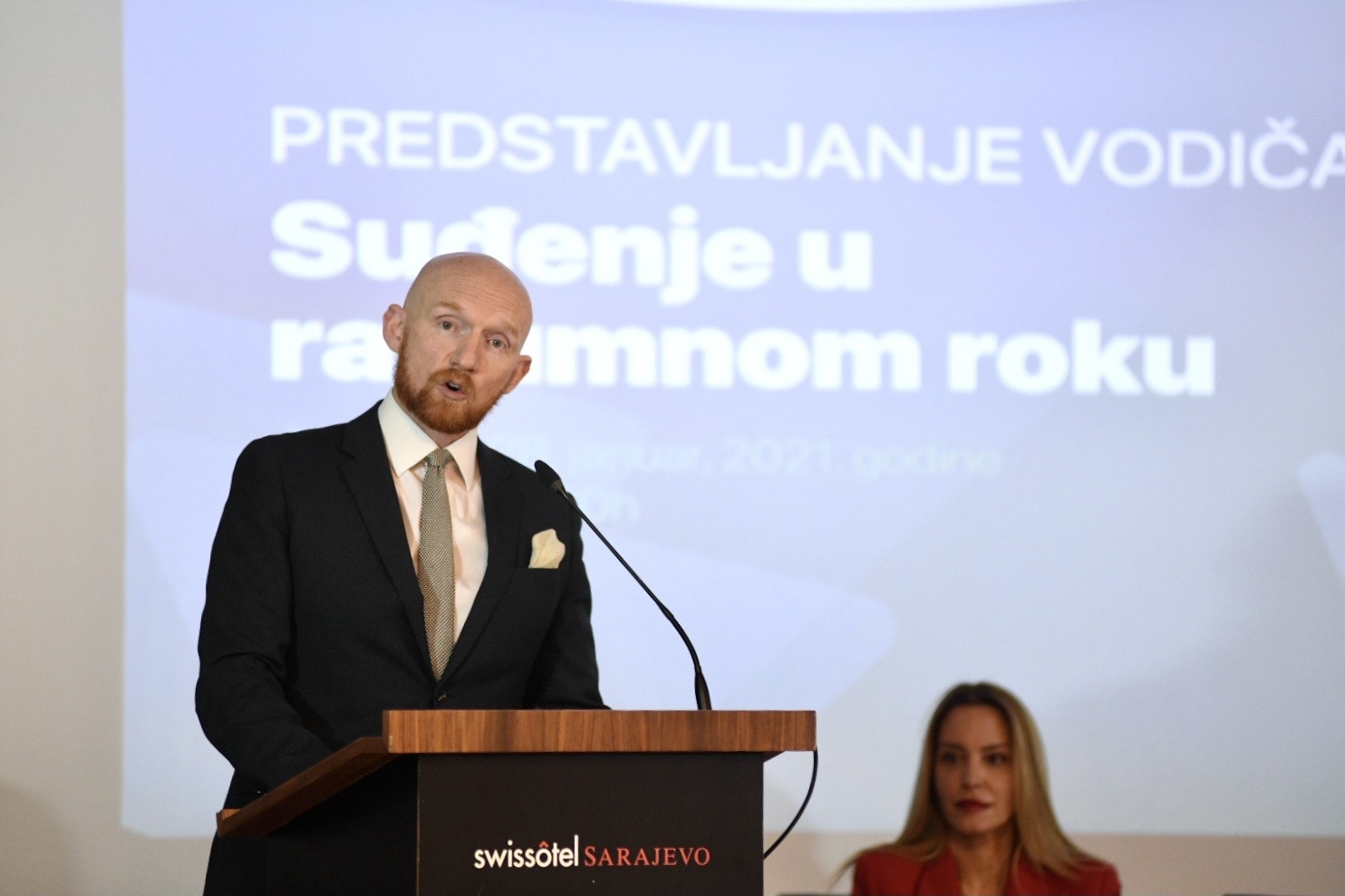 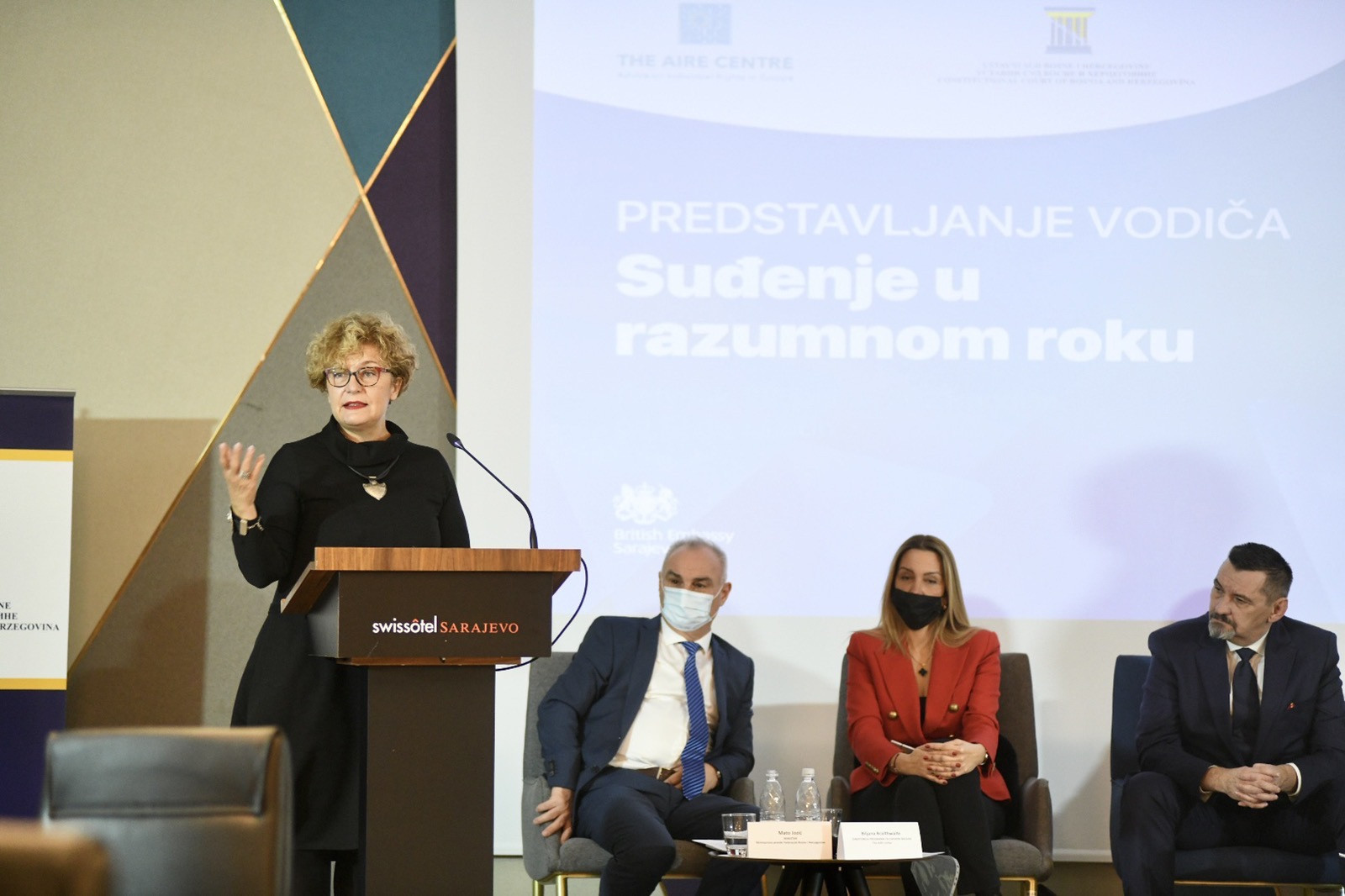 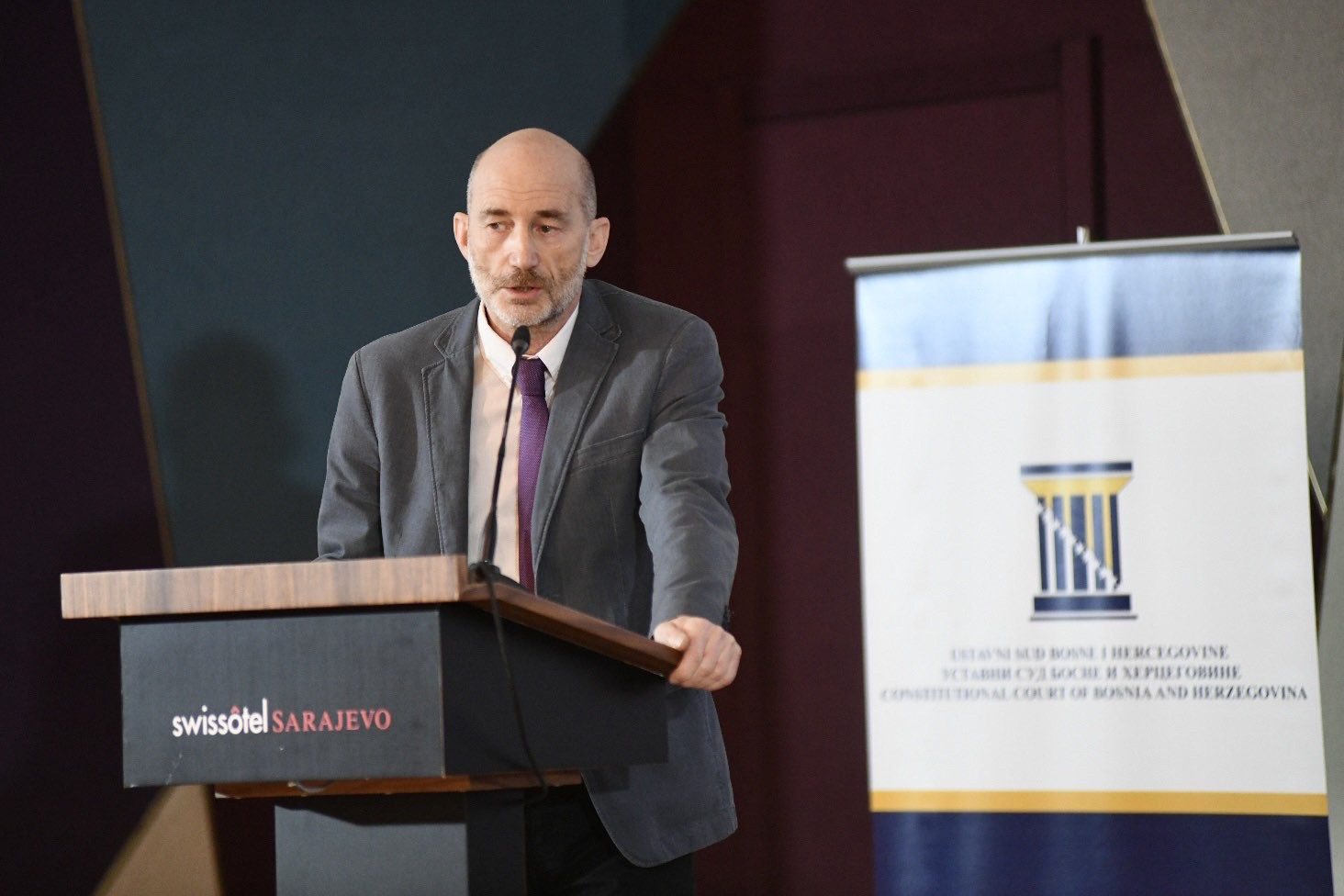 Visit of the Ambassador of the Republic of Austria